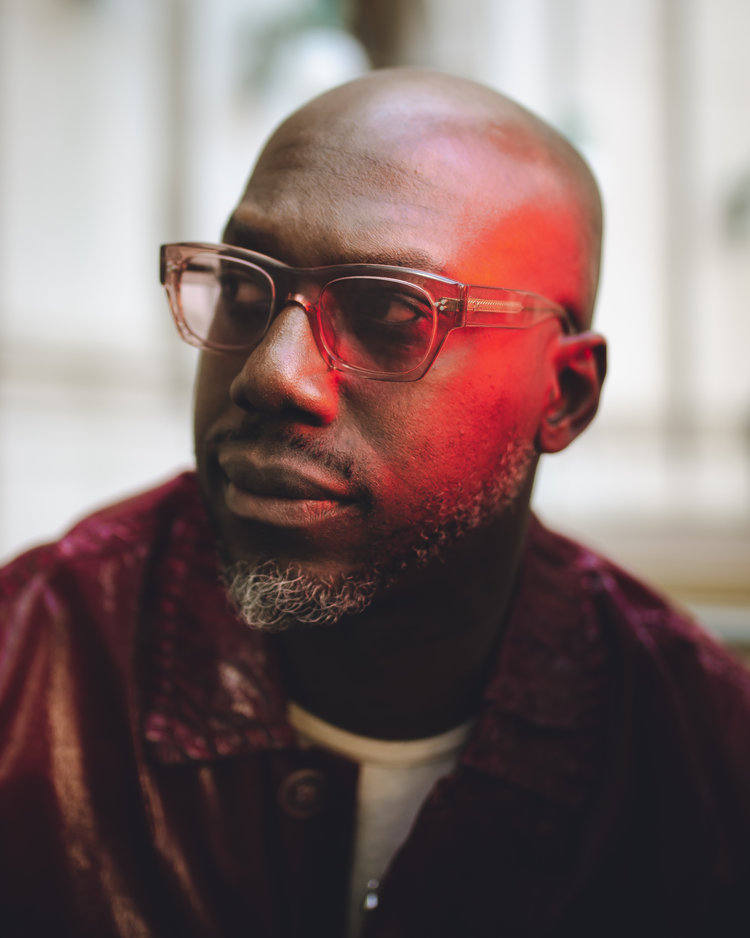 Almost immediately after he started to resonate with being in front of the camera, something he assured us he’s still not very used to, due to his job requiring him to work on the other side of the lens, we started to engage in conversation about his perspectives as a front man in the state of current affairs in the creative industry – specifically men’s fashion.

For Mr. Marcus Paul, style isn’t contingent on the luxury labels people are wearing, it’s a personal aesthetic that creates a shock value. Piecing a variety of layers within fashion and curating a personal style is what sets the tone for a signature style.

When we asked about preferred style icons, Mr. Paul referred to the likes of Pharrell Williams and Lapo Elkann. Both men whom are coined for their unparalleled sense of style and armor of good tailoring.

As an ambassador of the industry who is always on the road and is fully integrated within the depths of fashion culture, he has access to the fashion influences – sometimes long before they make way to the runway. It is safe to say that Mr. Paul is an insider who is here to help pave the way for original style and representation in an industry that has been seemingly lacking in the last few years.

When it comes to his signature style, he asserted that he likes to leave a stamp of timelessness in everything he does. “I’d like to look at my images ten years from now and still find it relevant” he says. Though Mr Paul’s experiences span across some of today’s most influential creative entities, he considers himself a ‘work in progress’ continuously paying his dues in an industry that is evolving as fast as words can fly.

This sort of modesty from such an accomplished image maker is partly due to his yearn for learning and the lack of men who look like him at the decision making table – a table where he undoubtedly deserves a seat. “Brands continue to miss the mark because they lack diversity within their executive teams. If we had more people of color be a part of the decision making, we would not be having these types of conversations today” he says commenting on the recent controversies that have taken place in the last few months with brands like Gucci, Dolce & Gabbana, and H&M. 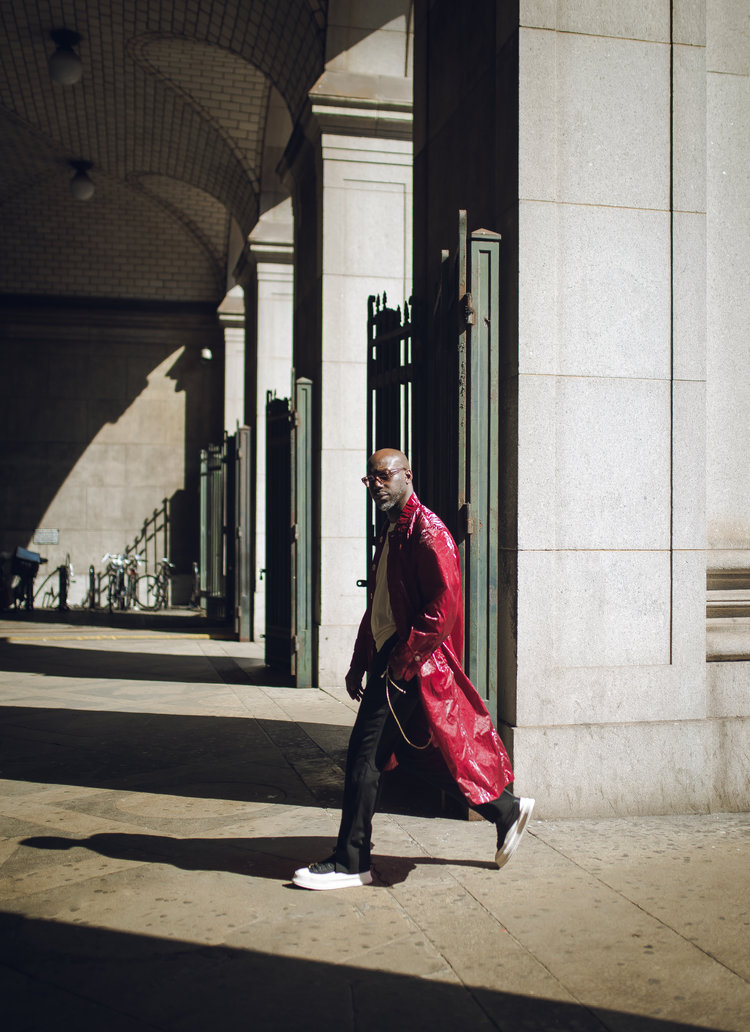 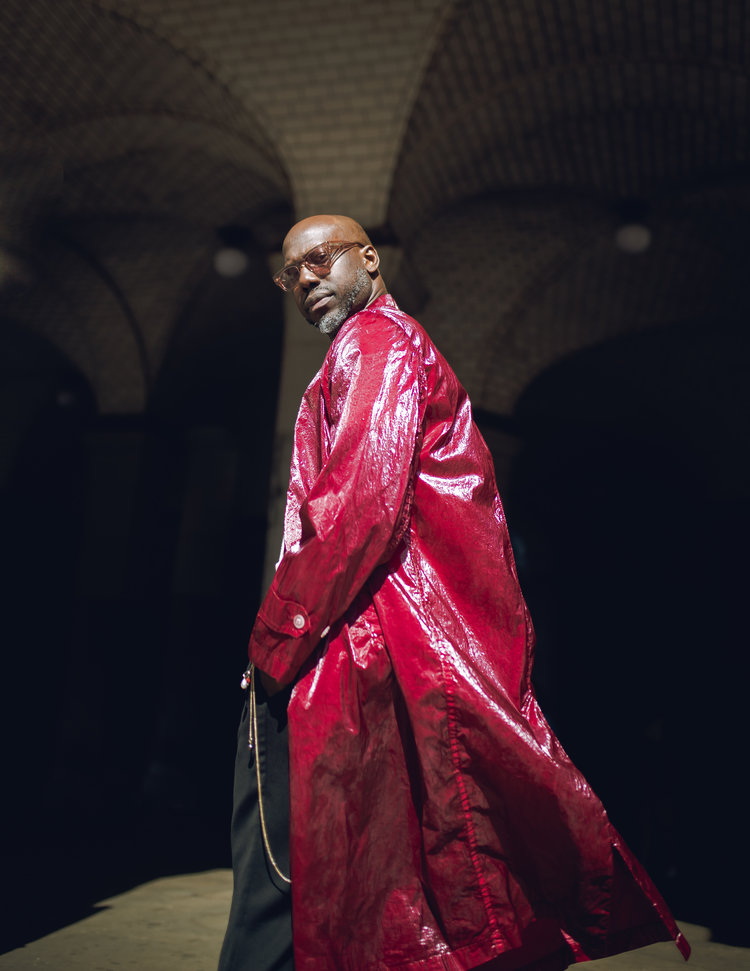 “Everyone thinks they’re an expert because they see things through the lens of social media, but no one is really doing their research to educate themselves on references – like how Cristobal Balenciaga is originally from Spain and how he influenced fashion front-runners like Karl Lagerfeld. ” — MR. MARCUS PAUL

Nonetheless, Mr. Paul manages to rise to the occasion with a high end goal to establish a sense of style that is original, and tasteful – a sentimental cue of what some might say the creative fashion industry was before the social media era. As much as Mr. Marcus Paul praised the pacesetting opportunities the platform has been able to bring about, he also didn’t hold back on its downsides as it pertains to industry standards.

“Social Media has sabotaged many individuals in the fashion industry as much as it has helped.” says Mr. Paul, “Now, everyone is a photographer and a stylist, but what truly separates those individuals is the kind of work they put in. In the past, everyone wanted to be original and it seems as though a big chunk of the new generation isn’t able to differentiate between good and bad material. Everyone thinks they’re an expert because they see things through the lens of social media, but no one is really doing their research to educate themselves on references – like how Cristobal Balenciaga is originally from Spain and how he influenced fashion front-runners like Karl Lagerfield. I have a duty to inspire and inform people based on my experiences in the business and from my point of view.”

Regardless of the industry’s shortcomings in present-day culture, Mr. Paul remains optimistic about the future of the space. For him, it’s all about communicating accurately. To upcoming industry leaders, he says, “See with fashion, it’s either you’re born with wings or without. Do the research and the work. You can’t become great, if you don’t study. If you want to be in the fashion business, know who is who. If someone walks into a room who is a fashion editor, are you going to know who that person is or is it only about the celebrities?”