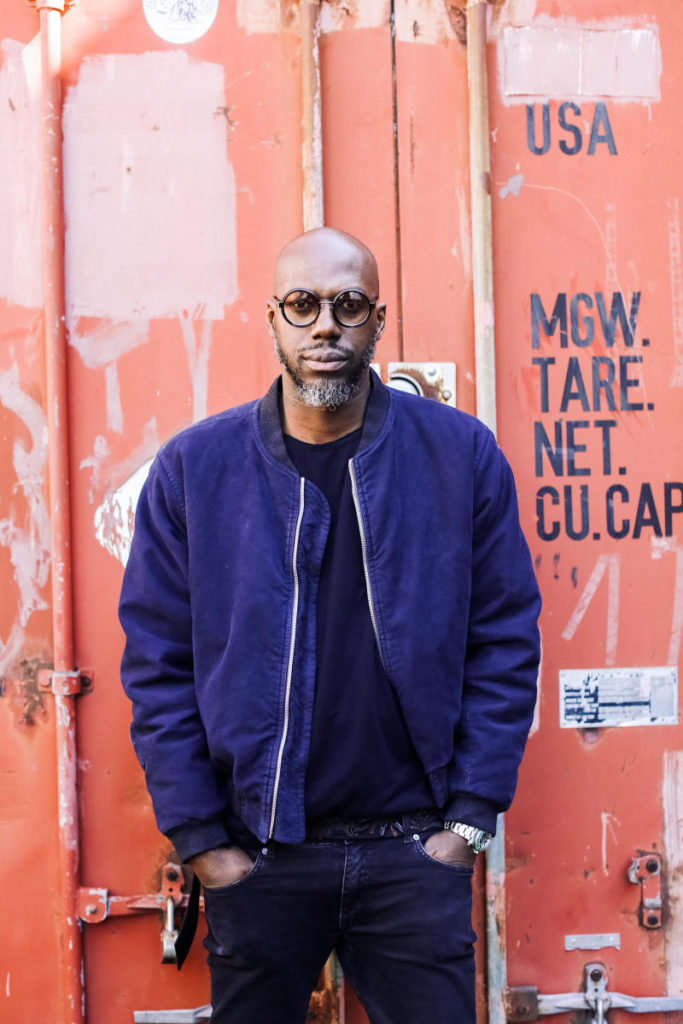 One person he can speak about, however, is King Push, who Paul has worked with for over six years. The two first joined forces shortly after Pusha’s post-Clipse solo debut alongside Kanye West at the 2010 MTV Video Music Awards. It may seem that hiring someone like Paul with a more refined personal taste, would be a no-brainer for Pusha. Paul’s favorite designer is Dries Van Noten, and he has an obsession for classic sneakers like Stan Smiths and the Air Max 1. That eye for classic style is especially valuable when you’re standing next to the fashion godfather Kanye West, who spends a lot of time thinking about this wardrobe and is the target of scrutiny from everyone. None of that is to discredit Pusha’s bold personal style in the slightest though, as we cannot forget his signature cornrows and marble-sized diamond studs from his “Grindin”-era days as one half of the Clipse; he was also one of the very first to don the all-over Bape camo print alongside his brother Malice. Paul works with Pusha to refine that sense of style and keep him on the cutting edge. For his most recent tour, the two collaborated on a wardrobe of exclusives pieces from several brands, including a Ports 1961 gladiator belt and bulletproof-style vest.

It is easy to imagine the influence stylists like Marcus have on the sartorial choices of the masses, as the clients they work with are often seen as fashion’s guiding lights for all that follow them. Paul is sure to not exaggerate his reach. “The true influencers are the clients, but it’s the stylist’s job to collaborate and work with the client and curate and enhance their image. Music artists have always influenced the masses—David Bowie to Biggie and so forth. That’s how it has always been.” Paul can take partial credit in making sure that the designers who have his attention are at least considered when working with clients, adding newcomers like Gosha Rubchinskiy and Craig Green to his clients’ closets.

Though he cops to being fond of oversized silhouettes that show up across street style blogs, referencing the re-emergence of archival collections from Helmut Lang and Margiela, Marcus purposely does not delve too deeply into trends. “I try not to follow trends, man. I just go based off of my intuition and what I like,” he says. “I try to avoid watching certain media, because there are things that are like pushed on you, and you don’t ever want that to influence your creativity.” He continues, “It’s an instinct. Fashion is an emotion, so if I see something, I like it just because of what it is, not because this is the hot thing right now. In fact, I try to stay away from what a lot of people are going to.”

It may be this thought process, coupled with his bigger-picture business practices that solidified Mr. Paul in this space. Along the way, it hasn’t hurt that he has made friends with the right people. He emphasizes, “Some connections just open [things] up. You have access. It makes a difference in this world in general, no matter what field you’re in.” Looking to the future, Paul hopes to venture into doing larger scale projects, such as wardrobe styling for films. Whether he makes the jump to movies or not, it’s clear that Marcus Paul’s own path to success may not be so different from the trajectories of the men he dresses.