This article originally appeared in the Dec. 10 issue of Billboard. 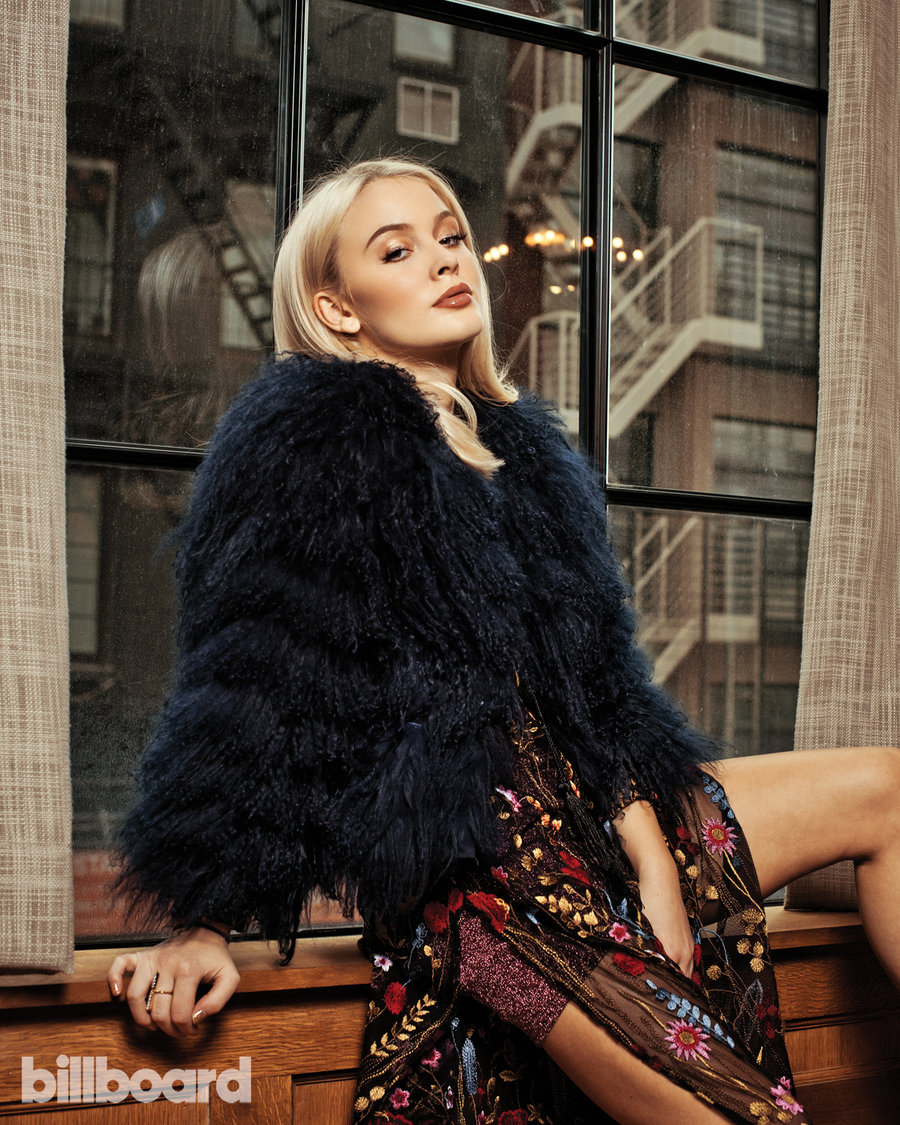 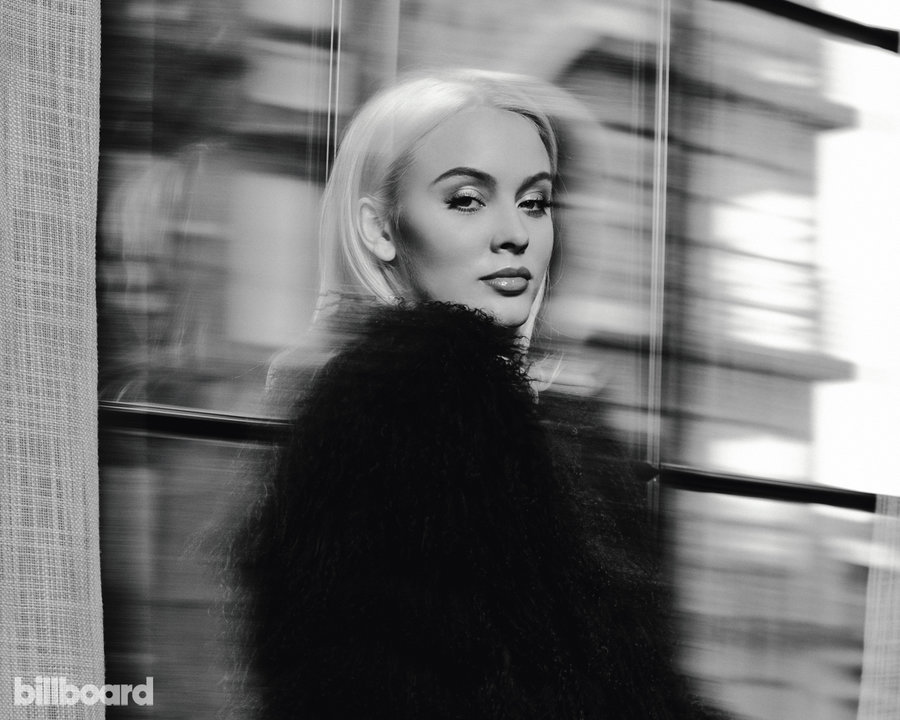 “I thought I would be a superstar,” says Zara Larsson, recalling the only time her career hit a roadblock: in 2008, at 10 years old, after she won Talang, the Swedish edition of the Got Talent TV franchise, by belting power ballads by Celine Dion and Whitney Houston. The pop singer, now 18 and wearing a short black dress and thick eyeliner, says she was “expecting record deals to rain all over me.” Larsson fidgets in her seat at the Manhattan bistro Dirty Laundry. “They kind of did,” she says of the offers, “but they were shitty ones. So, I just went back to school.” Today, with glam squad and designer clothes in tow, she looks much closer to the near-superstar who has become one of Epic’s top priorities than she does a schoolgirl — at least until she opens her mouth to reveal two rows of clear braces.

It has been only four years since a 2012 deal with Sweden’s TEN Music Group (which broke Icona Pop around the same time) led to 14-year-old Larsson’s continental breakout single, “Uncovered,” which has gone platinum six times over in Sweden and laid the groundwork for her 2013 stateside deal with Epic. “Never Forget You,” her 2015 collaboration with U.K. star songwriter MNEK, blew up across Europe before becoming her first U.S. hit this summer, reaching No. 13 on the Billboard Hot 100. Now, she’s preparing for her long-awaited debut full-length, due in early 2017. “I’m just trying to do good pop,” says Larsson with a shrug. “That might sound boring, but I don’t think it is at all.” Growing up in Stockholm, Larsson developed an interest in ’90s divas like Dion and Houston. Her family, she says, is “not musical at all.” Her mother is a nurse, her father in the military; Larsson still lives with them when she’s not recording in Los Angeles. And though she avoids calling them managers (“In the long run, you destroy your relationship with your parents if you let them manage you,” she says), her mother travels with her on extended trips and handles her finances. “If she didn’t take care of my money, I would be balling,” she says frankly. “And then I would be broke in a week.”

Larsson instead took a slow route to the pop charts, staying in school even as “Uncovered” turned her status as a 10-year-old reality-TV novelty into a platform for international success — mostly while resisting the siren song of Stockholm’s legion of hitmakers (Brits MNEK and Mike Spencer claim credits on her most recent two singles). Larsson’s heritage has its advantages, however. “When I’m in Los Angeles and I say I’m Swedish and I’m a singer, they’re like, ‘Oh, you’re Swedish?’ People respect it — it gives me confidence.”

Producer Poo Bear, best known for his Hot 100-topping Justin Bieber collaboration “What Do You Mean?,” was one of the industry heavyweights impressed with Larsson’s pop bona fides. “I was sitting down with [Epic CEO] L.A. Reid, and he asked who I wanted to work with at Epic,” says the producer (real name: Jason Boyd). “I was like, ‘I want to work with Zara.’ ” After just eight hours in the studio, the pair had recorded two songs together, both of which are expected to make her as-yet-untitled album. 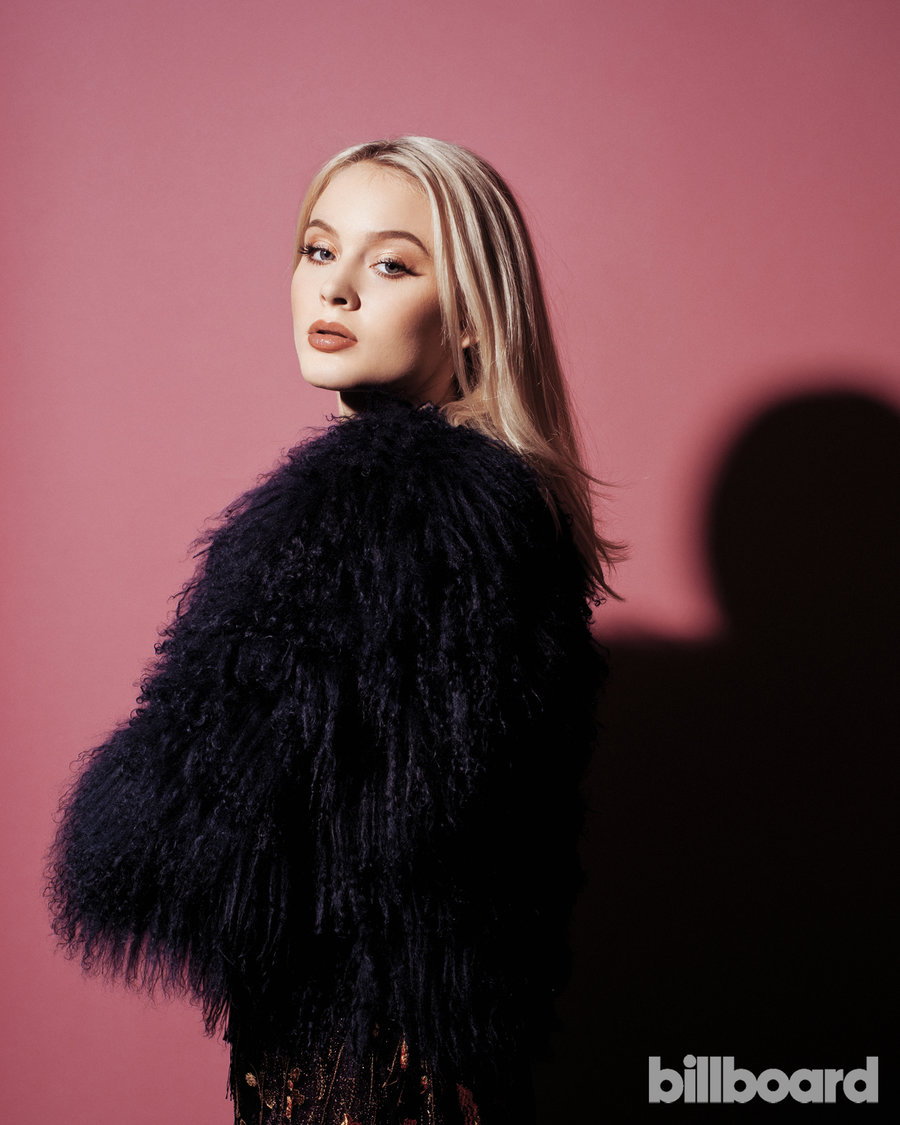 Larsson’s pragmatism translates to her musical tastes. “I’m pretty mainstream,” she says, citing Lady Gaga, Adele and Ariana Grande as some of her favorites. Beyoncé, naturally, also makes the cut, though Larsson doesn’t have any delusions about making the next Lemonade. “Beyoncé can do whatever the hell she wants — success gives you freedom,” she says. “I’m just trying to collect songs that people love to listen to. When I’m recording, it’s like, ‘Turn the Auto-Tune up’ — not because I can’t sing, but because it’s an effect that makes people go ‘Oooh.’ ”

One thing she and Queen B share, though, is a willingness to be outspoken — especially about feminism. “I will not trash-talk girls in my songs,” says Larsson, whose Instagram once included a photo of herself with a condom on her leg, as a rebuke to men who don’t wear them. “Let’s just trash-talk the guy. Nobody cares about him.” One look at her Twitter, which boasts more than 700,000 followers, confirms that those kinds of statements are typical of the young star (“Tired of these ugly ass grown ass men always tryna tell young women what to do and not,” she recently declared). As Poo Bear puts it, “She has a very clear understanding of who she wants to be.”

The singer, who says she would be a teacher if she weren’t a pop star, is earning her high school diploma while on the road and co-hosts a Swedish-language podcast whose title roughly translates to “Truth Mamas” with her childhood best friend (“We just talk shit for an hour a week, and people love it”). That doesn’t leave much time for guys, trash-talk-worthy or otherwise. “I’m not going to spend my time and energy on some boy now,” she says. “I’m going to get these checks, and when I’m 30 I can settle down.”

The next step is getting her album out — something that’s still in flux, though so far it includes a slew of polished, radio-ready tracks, including the rambunctious lead single “Ain’t My Fault” and collabos with Wizkid and Ty Dolla Sign. Larsson, who just scooped up the best new act trophy at MTV’s European Music Awards, sees the forthcoming release as a huge leap from where she started. “When I look at my first EP now, I’m like, ‘Why did you allow people to make you sing these songs?’ ” she says. “Now, I won’t record shit that I don’t like. I learned along the way to say no — that’s the most important thing.”

Zara Larsson at the Bambi Awards 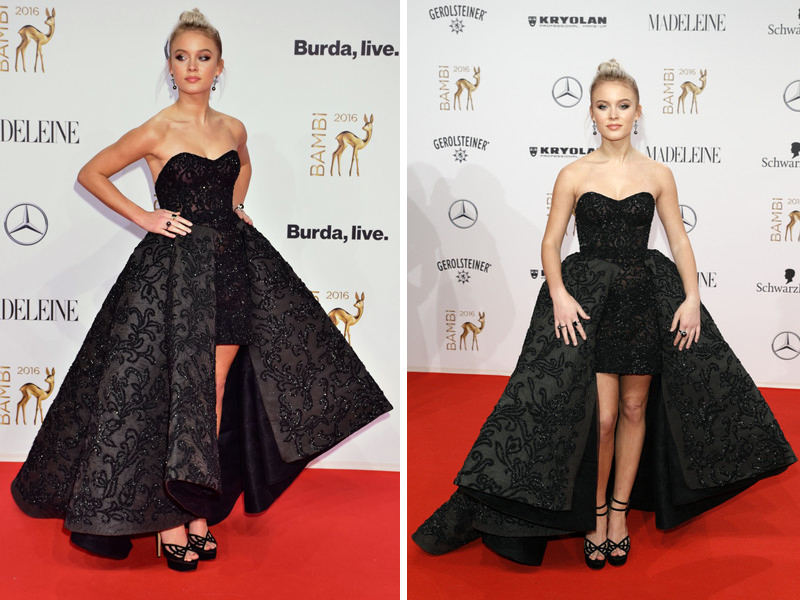 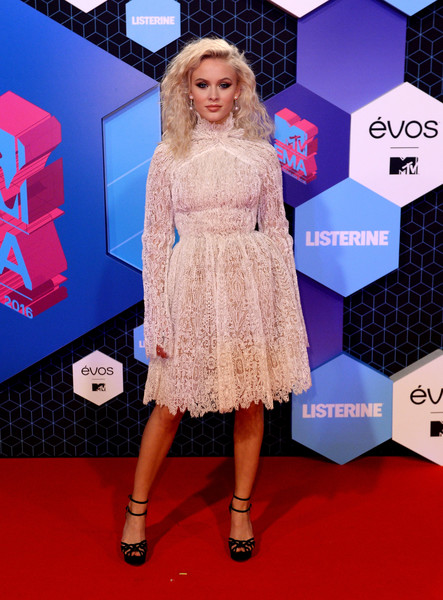 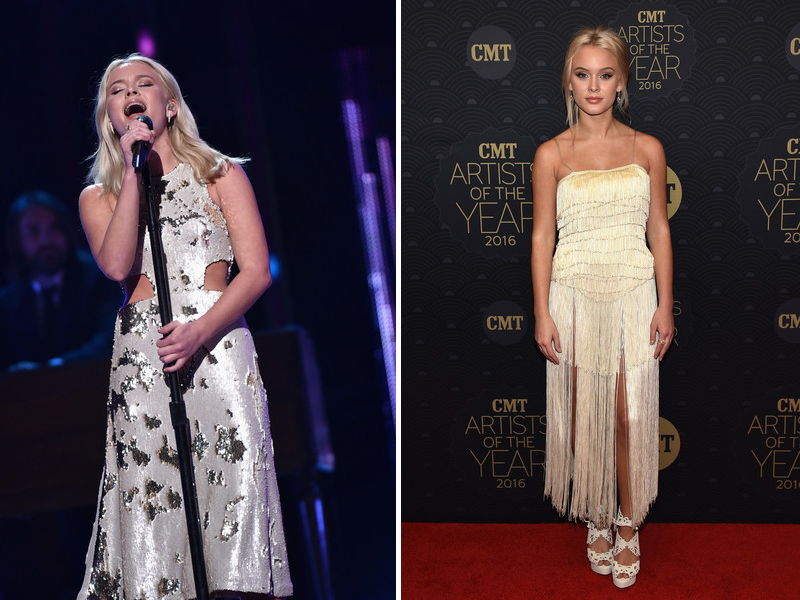 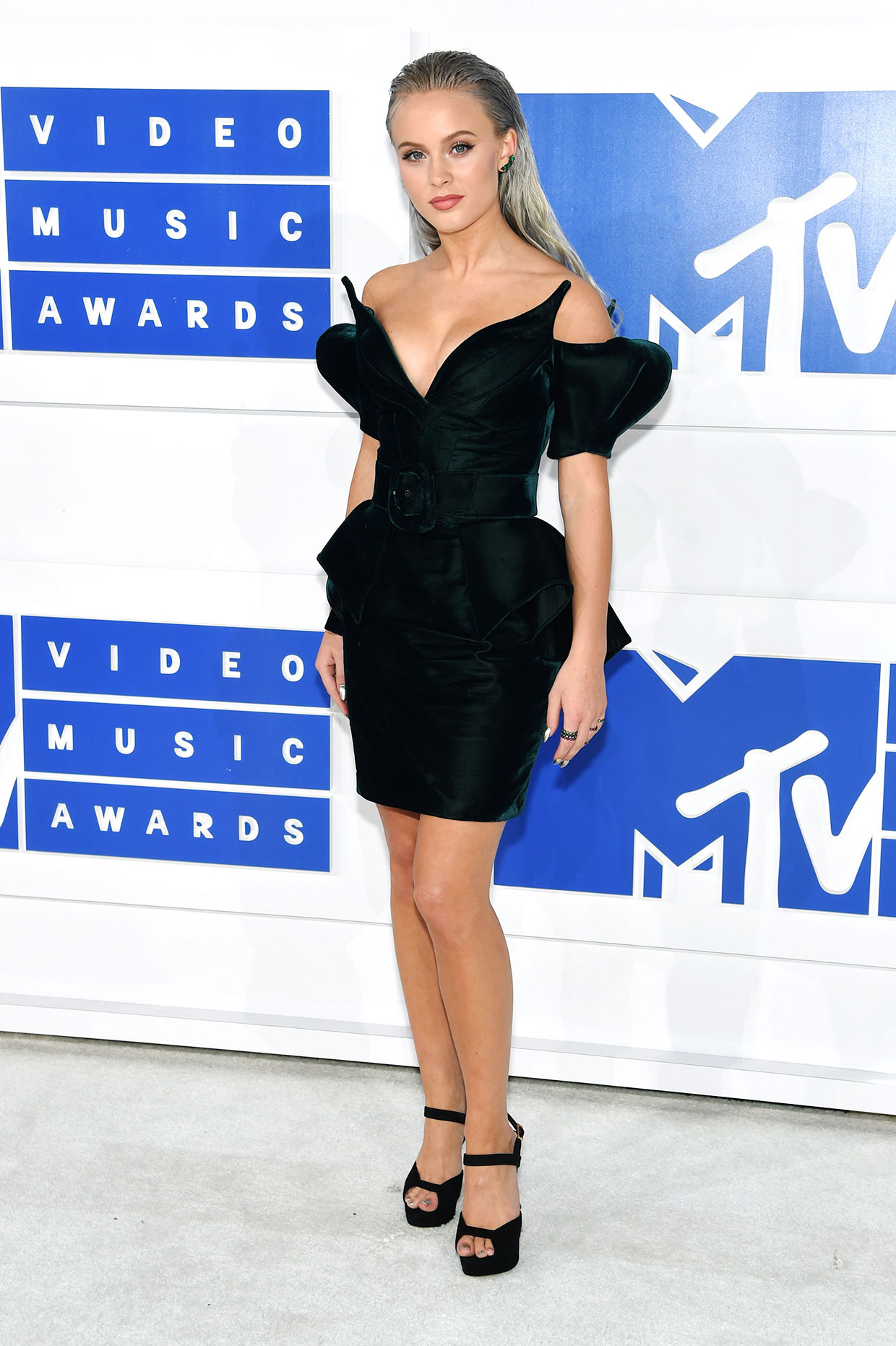 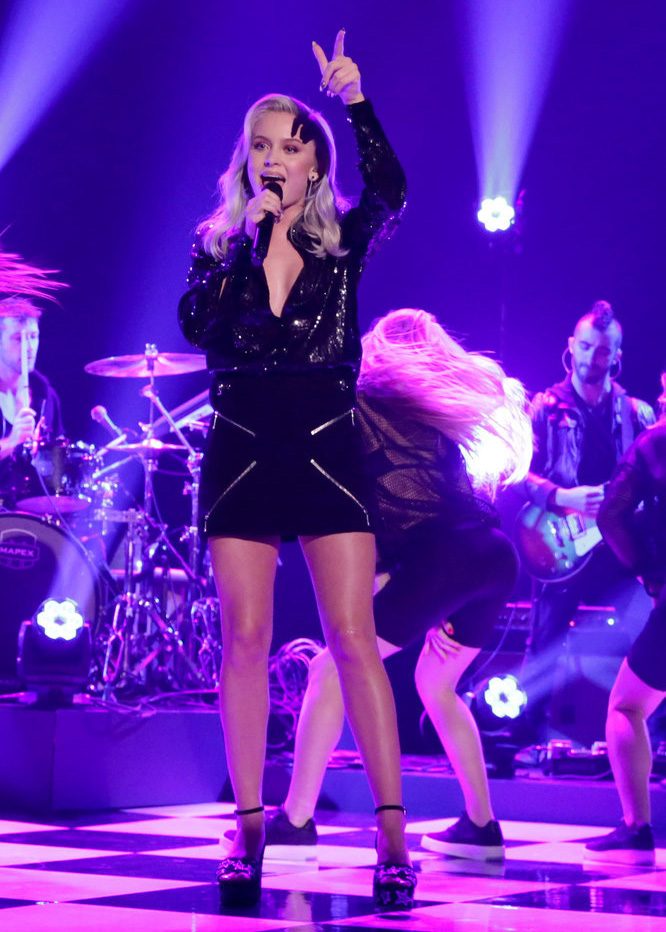